In Molieres sur Ceze people dance and work. An ancient site has been undergoing restoration since 12 years. The terrain has been used for water extraction and agriculture for several hundred years. It had been abandoned for a good fifty years and accordingly overgrown. It was time to deal with the abandoned terraces that were doomed to disappear. Fallen dry stone walls were rebuilt and the old water system restored. Several terraces could be restored and are now used for agriculture. 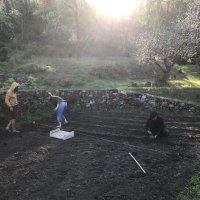 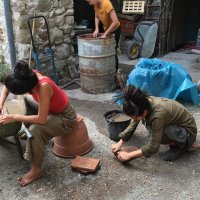 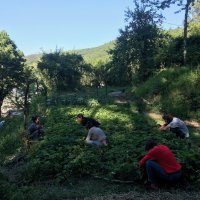 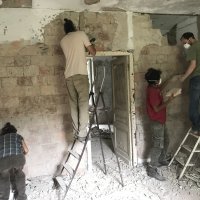 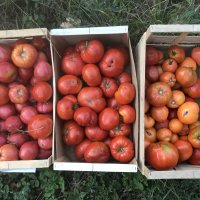 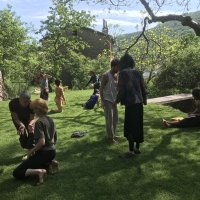 As in most places in the world, it was customary to obtain food locally as much as possible in order to shorten transport routes. It is impressive and at the same time sad how all the hills surrounding us were equipped with such terraces almost to the top and now lie fallow and decay. Our food is now transported hundreds of kilometers and planted as extensively as possible with the well-known consequences. 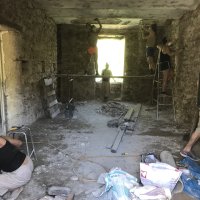 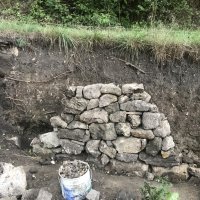 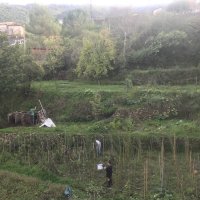 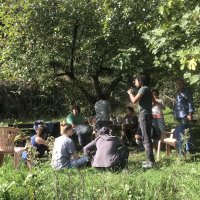 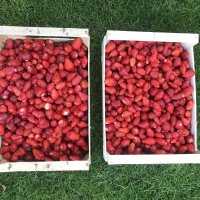 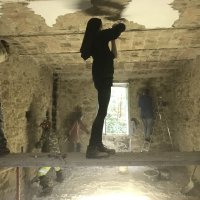 In community we build an ecosystem, local and sustainable. By working with the hands, an attempt is made to rediscover the gesture (movement, action) as the origin of language. The insight gained in this way and the true and concrete feeling of a gesture (physical and mental) that comes with it, allows us to carry out movements in everyday life as well as in dance, more precisely and clearly. The gesture as such becomes the origin and source of inspiration. 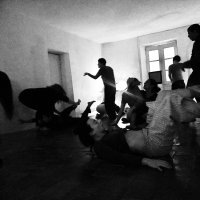 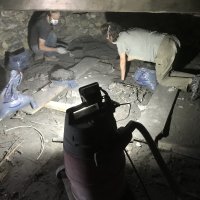 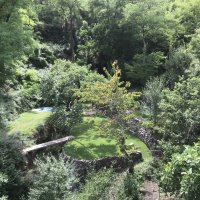 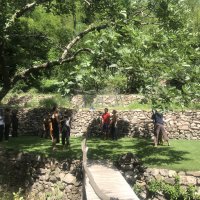 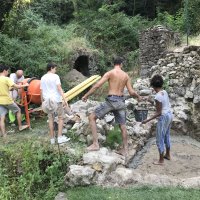 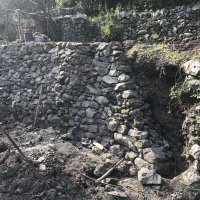